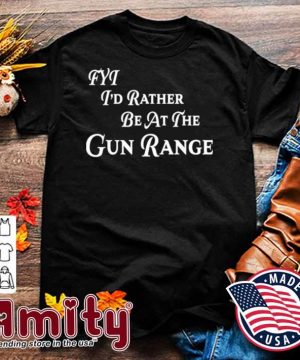 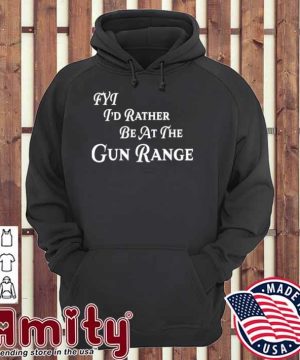 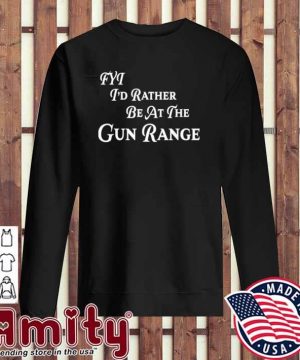 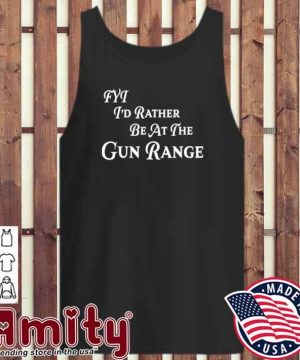 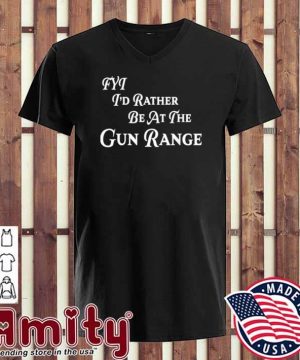 FYT I’d Rather be At The Gun Range Shirt

London Fashion Week came to a close today with a countess interviewing a designer. That’s how Priya Ahluwalia received the FYT I’d Rather be At The Gun Range Shirt Additionally,I will love this Queen Elizabeth II Award for British Design in this uncommon year—via a webinar. These are strange times for awards ceremonies, obviously, but this one had an unexpected plus over podiums and short acceptance speeches: It was a revealing 20-minute conversation between Sophie, Countess of Wessex, and Ahluwalia, who was presented with the queen’s trophy in recognition of her work as of one of London’s young champions of sustainability and diversity. Ahluwalia’s eponymous menswear collections speak eloquently about her British and Indian-Nigerian identity; she owns a POC-staffed enterprise and has been a committed sustainability practitioner since her graduation show at the University of Westminster. Sophie Wessex—patriotically clad in Victoria Beckham—was ready to ask her all about it.

The queen inaugurated the FYT I’d Rather be At The Gun Range Shirt Additionally,I will love this award in 2018 for talented emerging designers who are “making a difference to society through either sustainable practices or community engagement.” A trophy created by the queen’s designer Angela Kelly comes with it. After the queen made her first fashion show appearance ever to award it to Richard Quinn, she’s made it a tradition that senior women members of the royal family should do the honors. Bethany Williams received hers from Camilla, Duchess of Cornwall; Rosh Mahtani of Alighieri was given hers by Princess Anne. So, there was the queen’s daughter-in-law, at an undisclosed location, but quite probably working from home at Bagshot Park in Surrey. And there was Ahluwalia, sitting in her studio in south London—where we interviewed her about her sustainable practices on a London segment of Good Morning Vogue last September. And officiating, the British Fashion Council’s CEO Caroline Rush, from her home in Wimbledon. The countess, who is patron of the London College of Fashion, made some remarks on British culture as a whole. “You can’t underestimate the value that art plays, in whatever form, be it fashion, music, other kinds of cultural arts,” she said. “It’s big business and it supports our economy.”